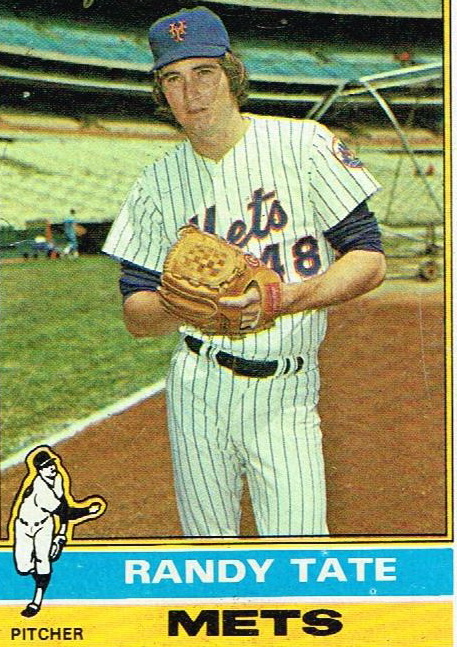 Randy was born in Florence, Alabama to Willie Arlee and Jewel Kelley Tate. He is preceded in death by his parents and son, Christopher Tate.

Randy was a former Major League Baseball pitcher who played for the New York Mets in 1975. His record that year was 5 wins and 13 losses with an earned run average of 4.45. While Tate is noted for never having achieved a Major League hit despite having 41 at bats, he is best known for nearly pitching a no-hitter on August 4, 1975 at Shea Stadium against the Montreal Expos. Despite not allowing a hit through seven and one third innings, Tate ended up losing the game which seems to have been the final straw for Mets Management regarding the tenure manager Yogi Berra, who was fired the next day.

Randy was a graduate of Lexington High School and attended Calhoun College. He was also a member of The Major League Baseball Players Association. He retired from local union 1293. He enjoyed Alabama Football “ROLL TIDE”, grilling, cooking and gardening. He was also member of Valley Grove Baptist Church.

Williams Funeral Home is assisting the family. You may leave condolences at wfunerals.com