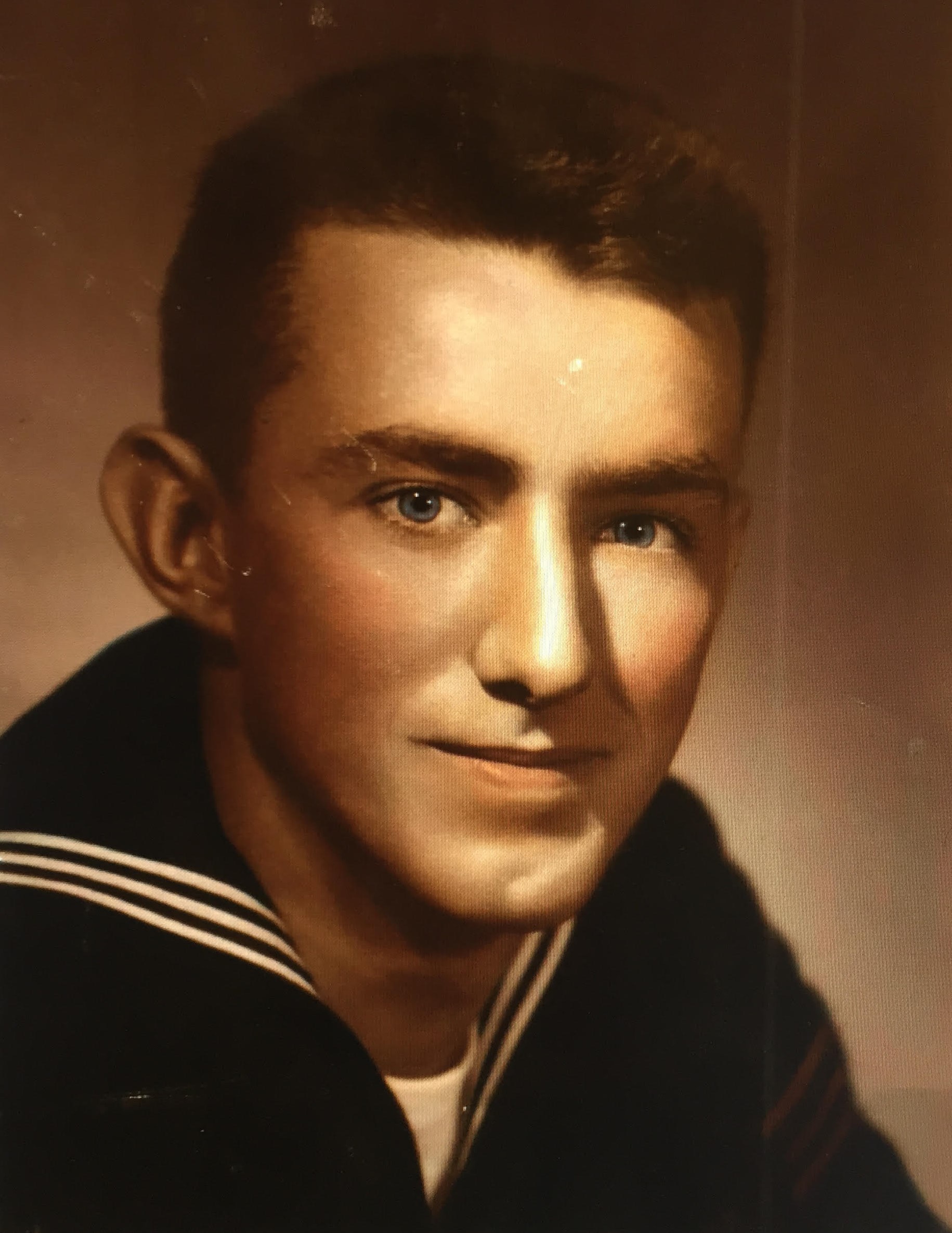 Franklin Walker Penn passed away on September 1, 2019. A Celebration of Life Service will be held Wednesday, Sept. 4, at 2 p.m. at Edgemont United Methodist Church, 1330 Eauclaire Avenue in Florence.

Frank was born June 22, 1931, in Messina, New York. He was the son of James and Marion Walker Penn. When he was a boy, the family moved to Sheffield where his father assumed a prominent position with Reynolds Aluminum. While a student at Sheffield High School, Frank was in the Naval Reserve. Upon graduation, he completed boot camp at Bainbridge, Maryland, and later was called into active duty during the Korean War. After discharge, he married the vivacious Jean Harrison. He described his marriage as 63 years of fun. They welcomed two daughters, Amanda and Susan, and two grandchildren, Christian and Allyson Dunkerly. They were also the proud in-laws of Ben Strickland, who played 1st string center for the Auburn University Tigers, with Frank and Jean regularly cheering from the stands. Frank was a life-long member of Harrison’s Chapel United Methodist Church, which he helped build. He led the singing there for many years. More recently, he worshiped at Edgemont UMC where he made many friends who enjoyed his beautiful tenor voice singing out the hymns.

He was highly skilled and competent at many occupations, including iron worker on the construction of the Wilson Dam Bridge and Lift Lock, Brown’s Ferry Nuclear Plant, and many others. For his contribution to the Space Race, he helped construct NASA’s Saturn 5 test stands at Red Stone Arsenal and the Vertical Assembly Building for the Saturn V rocket for the Apollo program at Kennedy Space Center. He later was employed by Reynolds Alloys where he retired as maintenance engineer supervisor at various production sections.

When time allowed, he was an avid sportsman and fisherman. After his retirement, he and Jean journeyed to Booth Bay Harbor, Maine, every fall when the leaves changed color and the lobsters were biting. Known as Chipper Skipper, he caught lobster with a rod and reel from the pier to the amazement of the locals who had no idea such a feat was possible. He also enjoyed pets. Beginning with Pogo, a collie mix, there was a long string of cats and dogs over the years for him to spoil.

He is preceded in death by his parents, his wife, her siblings and their spouses, as well as a younger brother Jimmy who died early in life. He is survived by his children, grandchildren, and a brother, Joe Penn, and his sons who reside in Georgia.

Frank Penn always exhibited good humor, optimism, kindness, and integrity. He led an impeccable life. Congenial was the best word to describe him. He set an example that his children, grandchildren, and a bevy of nieces and nephews strived to emulate. He was the anchor that steadied many ships. It should not be forgotten that he was quite handsome and possessed a marvelous singing voice. At gatherings he could be persuaded to sing “Big Rock Candy Mountain” and he often presented a brief history lesson beforehand to his younger listeners about the harshness of the Great Depression. The fanciful song offered a portrayal of the hardships of that time with hoboes drifting from place to place in search of food and shelter, their dream of a utopia. The lyrics included the following lines:

“Oh the buzzin’ of the bees in the cigarette trees,
The soda water fountain where the lemonade springs,
And the bluebird sings in that Big Rock Candy Mountain.”  Friends and family, who loved and miss him, know for certain he has made his way to the pinnacle of that mountain.

In lieu of flowers, the family asks that donations be made to the Florence VFW food bank or the Wounded Warrior fund.