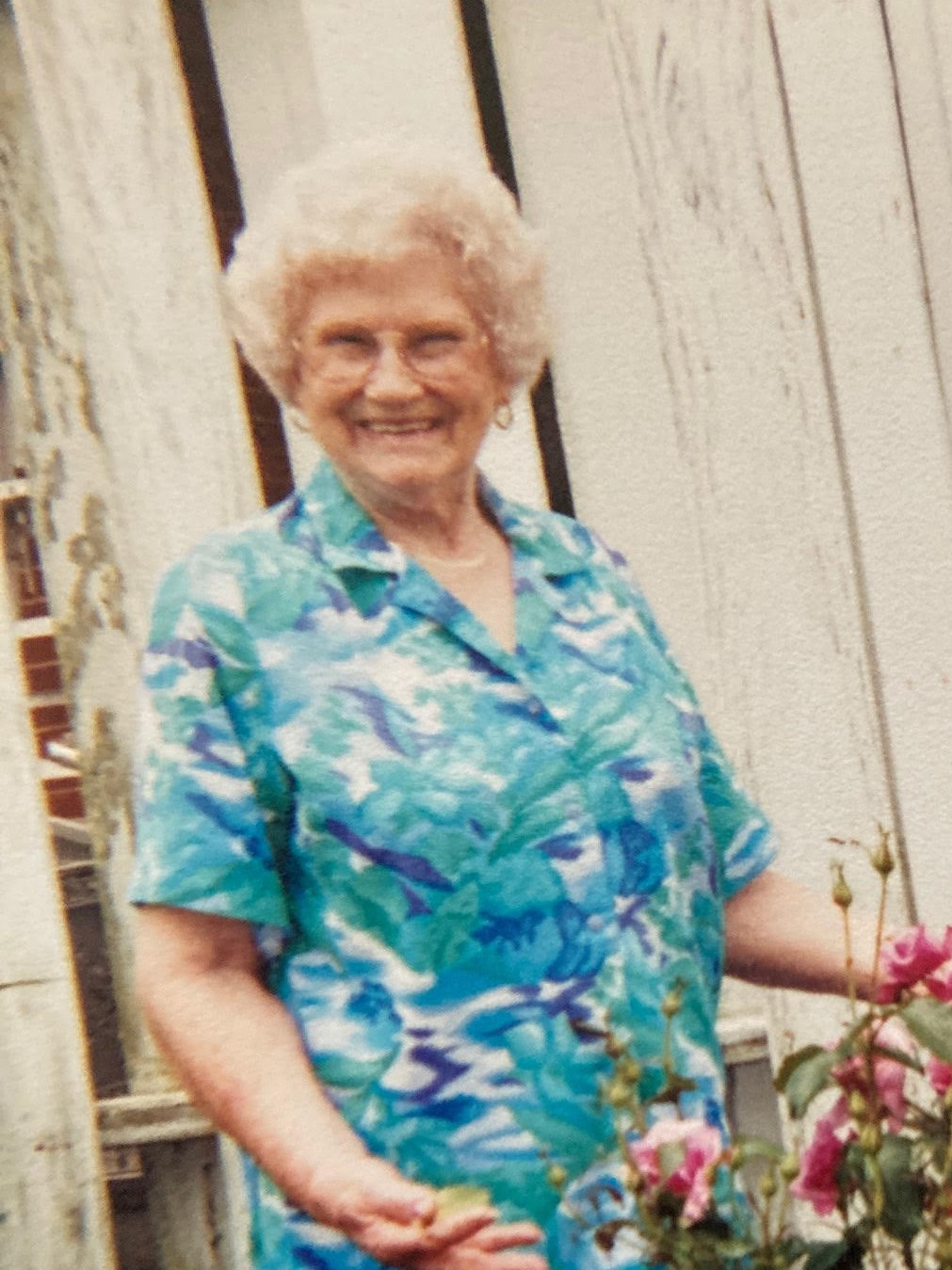 Our family suffered a great loss on Wednesday, October 27th, 2021. Hazel Hardison, 100 years old, passed away peacefully at her residence in Paragould, Arkansas, with her daughter, Priscilla at her side. As one of eight children, Hazel grew up where everyone in the family worked together to plant, grow, harvest, cook, clean and sew. She later became the Matriarch of a large family, passing down these same traditions. Hazel was a caring and fun-loving mother, grandmother and friend to many. She was an exceptional cook, gardener and seamstress, active in her church and senior community wherever she lived. She was definitely happiest when surrounded by her family!

Both visitation and celebration of life services will be held on Saturday, November 6th, at Williams Funeral Home, 1950 Helton Drive, Florence, Alabama. A walk-through visitation will begin at 12:00, noon, followed by the celebration of life ceremony at 1:00 p.m. The service will be officiated by Rev. Phillip Cooper.  Pallbearers will be Robert Coleman, Clay Coleman, Cody Hughes, Edward James Monson II, Brandon Johnson, and Jesse Duffey, with Edward Monson as an honorary pallbearer.