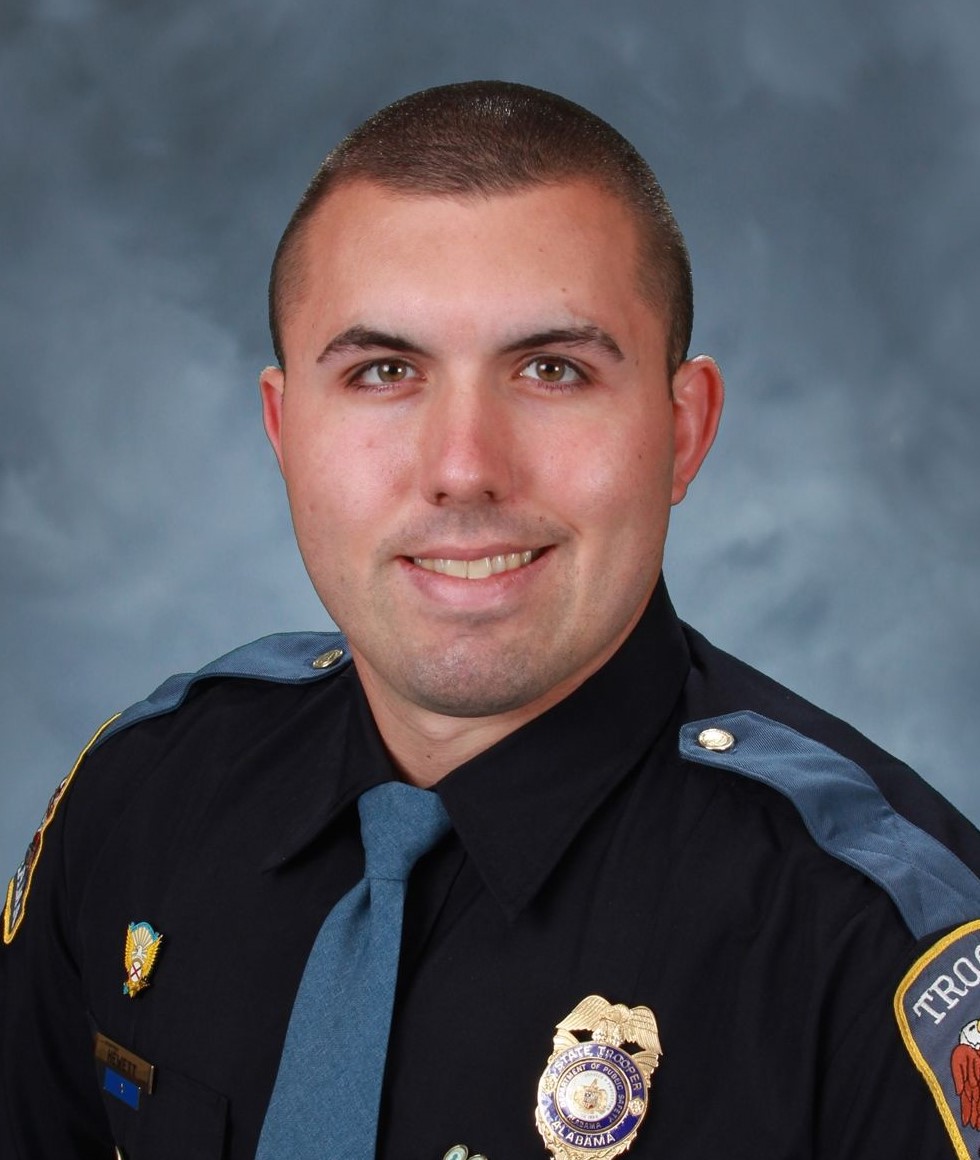 Jason William Hewett, age 34, of Florence, passed away Tuesday, November 6, 2018. Visitation will be Saturday, November 10th from 11:00 am until 2:00 pm at CrossPoint Church of Christ. The service will follow at 2:00 pm at the church with Brother Bobby Crosswhite and Brother Greg Daniel officiating. Burial will be at Greenview Memorial Gardens.

Jason was born July 21, 1984 in Florence, Alabama where he lived and grew up.

He was a graduate of Brooks High School where he lettered in both football and track and field, ultimately serving as team captain. During his junior year he led the team to an amazing 11-0 record.

After graduating high school in 2002 he attended the University of North Alabama to pursue Criminal Justice, during this time he met the love of his life Kelli Pitts.

They married in 2006 prior to his acceptance into the Alabama State Trooper Academy where he graduated with the coveted Firearms Award (and the Driving Award according to him). With his wife Kelli and son Branton, the Hewett family became assigned to the Lauderdale County – Quad Cities Post.

Starting his career, Jason was recognized for his expertise in keeping the roads safe by processing the most Driving Under the Influence cases in the state of Alabama for 2007-2008. His hard-charging capabilities led to his selection to train with Sheriff Joe Arpaio in Phoenix, Arizona and he became the first Drug Recognition Expert for the state of Alabama. Furthermore, Jason was the Physical Training specialist responsible for the physical testing and evaluation for all Quad City Post troopers. He was also appointed as the Field Training Officer, ensuring all new personnel were trained to the highest standards to work with the elite Quad City Post troopers. He garnered the respect of the entire judiciary system through his impeccable professionalism and top-notch leadership.

In 2010 Jason and Kelli had their first daughter, Ella Kate followed by twin girls in 2013, Addie Jae and Evie Kole. Although dedicated to his career, Jason was the ultimate family man. His family was number one and nothing could stop him from showing up for his children. He was there for every dance, every game and every school function. His love for his family was unconditional and anyone who spoke to him knew where his priorities lay.

He never met a stranger and could get along with anyone he encountered. He had the ability to lighten the mood in any situation and could make anyone laugh. His love for running kept him in shape and involved in many local activities, especially the annual Special Olympics Torch Run. His other hobbies included following Toronto Maple Leafs, Alabama football, and anything 80’s.

Jason was a beloved son to Rose DiMauro Hewett and brother to Kim Patterson and James Hewett. He will be remembered by all his family and friends for his optimistic approach to life and welcoming smile.

A special thanks to our loving community for your support and prayers.

Burial will be at Greenview Memorial Gardens