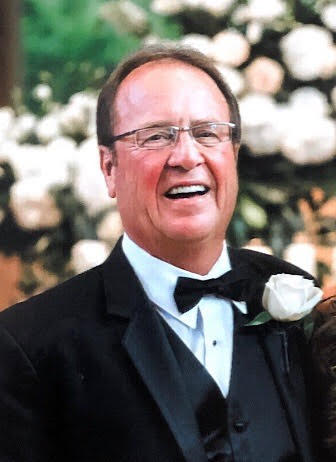 Nicholas Martin Martelli, age 63, of Florence passed away Friday, May 10, 2019. Visitation will be Monday, May 13, 2019 from 10:30 a.m. until 1:00 p.m. at Spry Williams Funeral Home of Florence.
A Celebration of Life will begin at 1:00 p.m. in the Funeral Home Chapel with Brother Larry Kilpatrick officiating. He was preceded in death by his parents, Nicholas and Eva Martelli.

Survivors are his loving children, Susanna Maher (Alan), Nicholas Martelli; mother of his children, Susan Reed (Jim); brothers, Rusty and Doug Martelli; nephews, cousins and a host of special friends who were more like family.

Nick was born in Lawrence, Massachusetts, but he was a true southerner at heart after living the majority of his life in the South. He graduated from North Clayton High School in Atlanta, Georgia, where he was an all-star athlete. A football scholarship to the University of North Alabama brought Nick to the Shoals, a place that would quickly become home. While at UNA, he also played baseball and even convinced the school president, Dr. Robert “Uncle Bob” Guillott, to build the first-ever fence around the baseball stadium. This same passion for sports and love for UNA Athletics was something he never lost. He was dedicated to the betterment of the athletic program at UNA and constantly supported all of their teams.

After graduation, Nick accepted a job with Buffalo Rock, where he was a dedicated employee for more than 28 years of his life. He was known for being a friend to all and a morale booster to everyone he worked with.

He wasn’t all work though, he certainly made time for play. If you couldn’t find Nick at a baseball or football game, the next best place to look would be on the golf course. He was an avid golfer who played countless courses across the Southeast and throughout the country. Regardless of the sport he was playing or watching, Nick put his heart and soul into itas he did with all of life.

As much as he loved sports, he loved his family more, especially his two children and son-in-law. He was so proud of them and he never hesitated to tell you why. During his courageous battle with cancer he was blessed to have Susanna and Nicholas by his side caring for him. Nick kept his upbeat spirit even on the most difficult days and encouraged everyone around him to do the same.

To know Nick, was to know loyalty. He was a dedicated family man and friend. His friends and family knew that he would give them the shirt off his back and probably make them laugh while doing it. He never met a stranger and if he did it didn’t take them long to become friends.  He lived life to the fullest with the most positive outlook and genuine love for life and people. This world was better and brighter with Nick Martelli in it.

A special thanks to the nursing staff at Community Hospice for their love and care. The family would also like to express their sincere gratitude to the Williams family and Nick’s special group of friends who showed unwavering support and graciously contributed to his care.

In lieu of flowers, the family requests that you make a donation in honor of Nick to the University of North Alabama Athletic Department or the American Cancer Society.