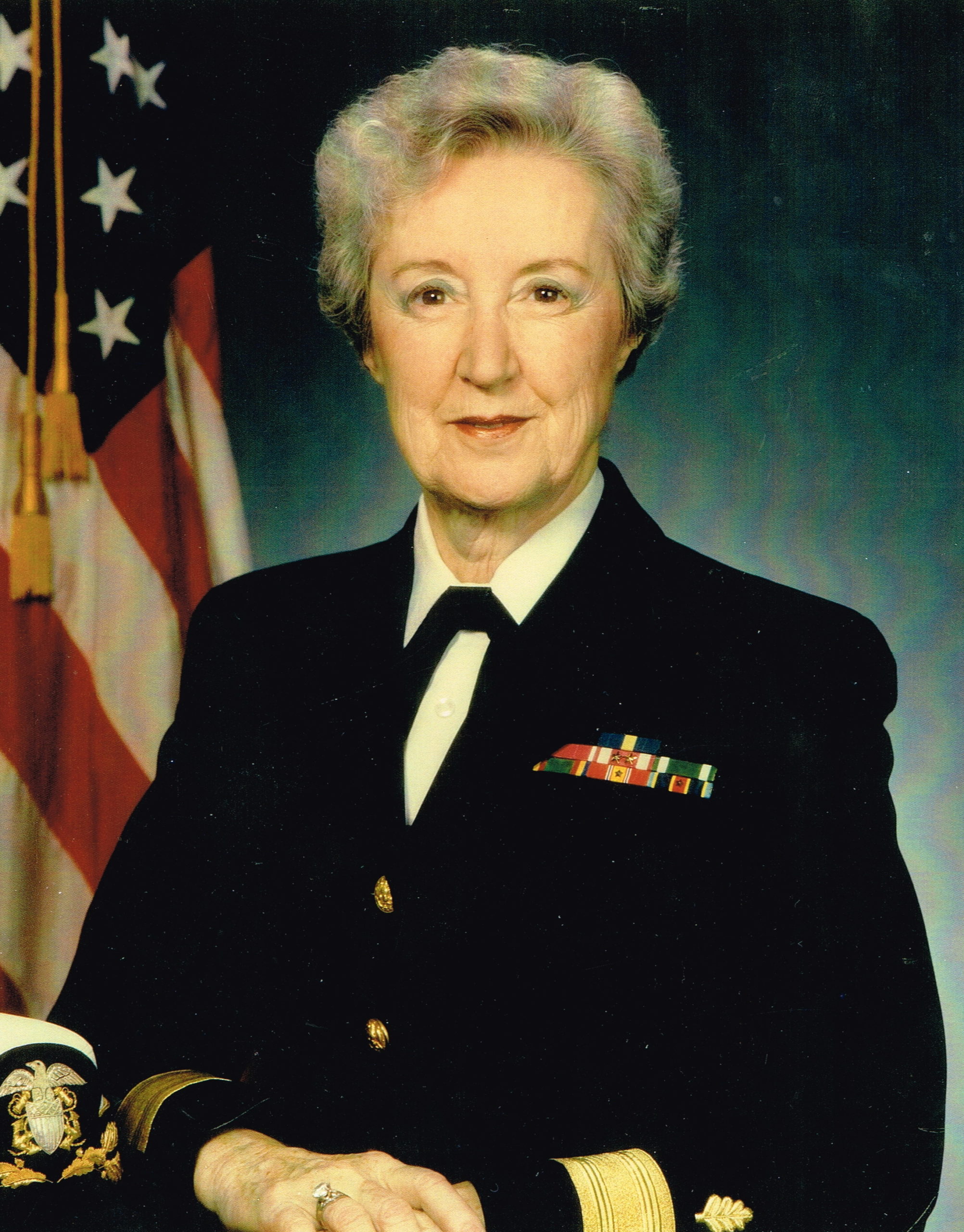 She was born on 14 October,1934 in Clear Ridge, Pennsylvania, to John Dewey and Lila Eleanor Smith Fields.  A graduate of Hustontown High School, Pennsylvania in 1952, she received her R.N. degree from Episcopal Hospital School of Nursing in Philadelphia in 1955.  She was commissioned a Lieutenant Junior Grade (LTJG) in the U.S. Navy in 1958, receiving her Bachelor of Science in Nursing (BSN) from Boston University, Boston, MA in 1966 and her Master of Science in Nursing (MSN) from the University of Maryland, Baltimore, MD in 1973.

During her military career, she was promoted to ever higher rank and greater responsibilities at various stateside and overseas commands.  She was promoted to Captain in October,1978, and in 1983, she was the first military nurse to command (Commanding Officer) a military hospital, a position previously always held by male physicians or administrators.  She was promoted to Rear Admiral in 1987 and assumed the post of Director, Navy Nurse Corps, serving 4 years in that capacity and retiring in 1991 after serving 33 years in the U.S. Navy.  She was the recipient of many awards during her military career, including being the first Navy Nurse since WWII to receive the Distinguished Service Medal.

Admiral Hall was a lifetime member of the First United Methodist Church and was a member of many other professional, civic, and military organizations.  She was married to Noel O. Hall, Sr., in November,1964, at the Marine Corp Air Station, Beaufort, SC,

A graveside service, with full military honors, will be held on Friday, July 29, 2022, at 11:45 a.m. at The Alabama National Cemetery in Montevallo, AL.

In lieu of flowers, donations can be made to the Navy Nurse Corps Association. Williams Funeral Home of Florence is assisting the family.  Condolences may be left at wfunerals.com